Perched atop a cliff, overlooking the River Ness, sits Inverness’ beautiful Castle. A giant red fortress that dominates the Inverness skyline, Inverness Castle has fiercely guarded the historic Highland stronghold of Inverness for centuries. Sieged, sacked, taken and rebuilt over thousands of years, the story of Inverness Castle is the story of our city. Strategically positioned, beautifully designed and steeped in our city’s history, it is easy to see why visiting Inverness Castle’s new viewing platform is fast becoming a bucket-list item for locals and tourists alike. 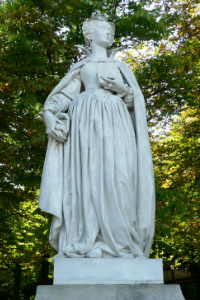 A Long And Gruelling History

Since 1057, a castle has stood on the banks of the River Ness, defending our place in Scotland’s history. The original castle, a large wooden structure, was partly destroyed by King Robert I in the 11th century. After a few troublesome years of Scottish kings trying to bring the unruly Highlander clans to heel, the Castle was rebuilt into a strong, foreboding stone fortress. But in 1562, the Castle was taken by Clan Munro and Clan Fraser during the Siege of Inverness when Mary Queen of Scots was refused entry to Inverness Castle. In 1725, the Castle was extended and reinforced after the first Jacobite Rebellion, but it was later destroyed in 1746 by the Jacobite army. After years of warfare and a long and bloody history, the red sandstone Castle you see today was built in 1836 on the bones of the many castles that stood before it.

Not Visiting Inverness Castle Should Be A Crime

Shaping the history of Inverness brick by brick, Inverness Castle is not without a few grisly tales and haunted happenings. Believed to be the site of Duncan’s murder in Shakespeare’s Macbeth, Inverness Castle as we know it today is not without its own tales of crime and punishment. Today the Castle serves as the Sherriff’s Court. And Up until now, only the Castle Gardens have been open to the public. But plans have long been underway to turn our beloved Castle into one of Inverness’ top attractions. 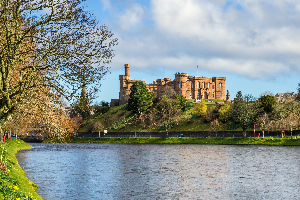 After years of planning, renovations and repairs, a much-anticipated viewing platform on the North Tower will be opening to the public just in time for Easter. With the most magnificent views over all of Inverness, the Castle is expected to be open seven days a week from April to October. What’s more, entrance to the North Tower will be free for the first week so that visitors can see just how much the North Tower has been transformed.

So if you are planning on visiting Inverness Castle, take a look at our many special offers. With luxury rooms, a fabulous spa and leisure centre, not to mention two restaurants, you are in for a royal treat.