1. Visit A Haunted Castle: The Ghost Of Cawdor Castle 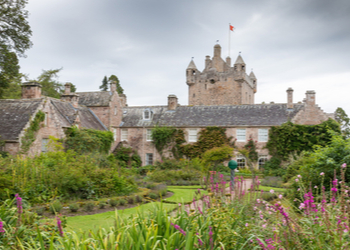 Just north of Inverness is a lovely Highland castle with a flare for the dramatic. Cawdor Castle has always had a tenuous relationship with the works of William Shakespeare. In Shakespeare’s Macbeth, Macbeth became the Thane of Cawdor and lived in Cawdor Castle. And while many people flock to this historic site every year to see the Bard’s fictional home for Macbeth, there is another story lurking among Cawdor Castle’s ancient walls. One that bears a tragic resemblance to Shakespeare’s star-crossed lovers.

One of the ghosts thought to be haunting Cawdor Castle is Muriel Calder, one of the daughters of the Earl of Calder. Legend has it, this wayward lass fell in love with a rival chieftain’s son. When her father discovered their tryst, he chased her up the highest tower in a murderous pursuit. Trying to escape her father’s wrath, she lowered herself out a window, where her merciless father chopped off her hands and sent her to her death. To this day the figure of a handless woman in a blue dress is seen haunting the tower.

2. Call On The Black Friar Of Friars Lane At The Old Telephone Exchange 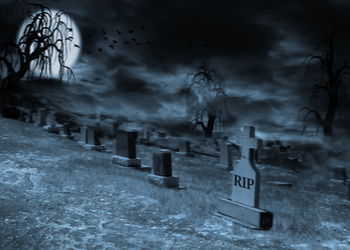 What’s a list of the most haunted places in Inverness, without mentioning a haunted graveyard? Back in 1233, a Dominican priory was founded in Inverness by the Black Friars. In 1542, at the time of the Reformation, the priory was dissolved, and all that was left of the ancient site was a solitary pillar and stone carving of a knight. In 1935, a smart new Telephone Exchange was constructed in Friars Lane, right by the Blackfriars graveyard. It is here where numerous sightings of a figure clad all in black has been seen walking among the graveyard by exchange staff.

3. One Of The Haunted Places in Inverness Not To Miss

The only thing more terrifying than a haunted graveyard is a haunted abandoned psychiatric hospital. Craig Dunain Hospital and Grounds is one of the oldest established psychiatric hospitals in Scotland. So it comes as no surprise that it is also one of the most haunted places in Inverness. While the hospital closed in 2000, rumour has it the ghosts of former patients still lurk in the corridors. Locals and ghost hunters alike have seen many unexplained sightings of strange figures and mysterious shadows.

So there you have it. 3 spook-takular haunted places in Inverness to visit this Halloween. With such a long and bloody history, haunted happenings and tales of the unknown, is there really any place better to spend Old Hallows Eve than right here in Inverness with the Kingsmills Hotel?